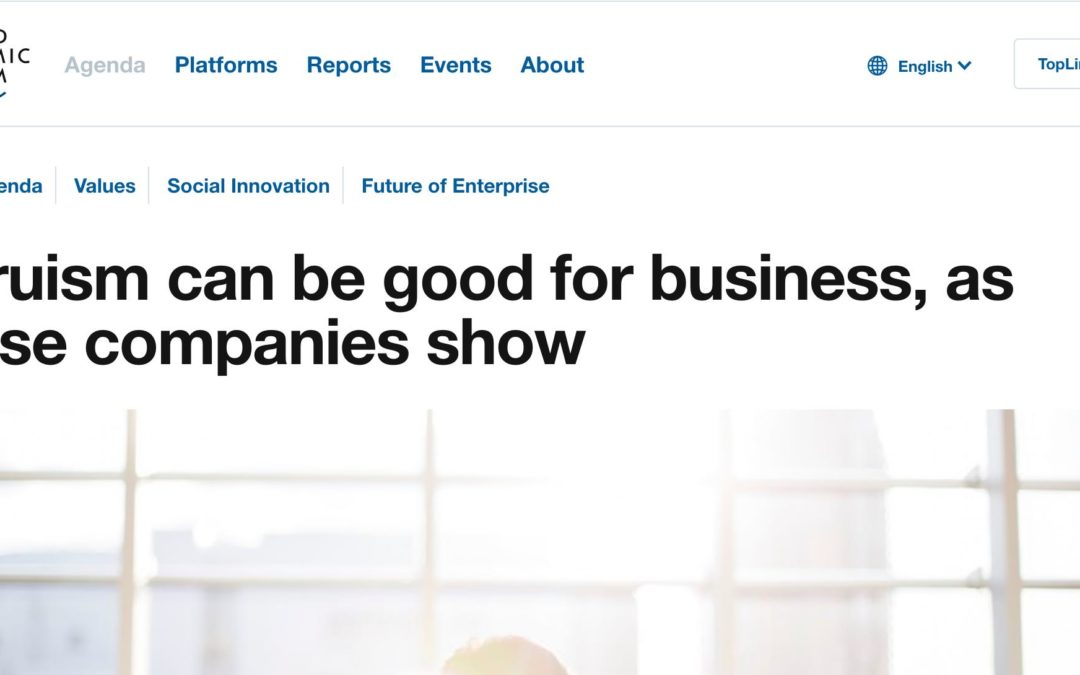 Altruism can be good for business, as these companies show

On Oct. 17, we have published an article on the World Economic Forum site on « The altruistic corporation » topic.

Despite all the benefits that capitalism has brought to society, we have reached the moment when its downsides – social and environmental – have begun to outweigh its positive effects.

Attempts to eliminate the negative social effects of business started as far back as the 1800s. Nevertheless, the dominant corporate attitude has always been the pursuit of financial value, either unconstrained – leaving social concerns to philanthropy – or, more recently, constrained by the simultaneous pursuit of the social value, through such approaches as corporate social responsibility (CSR), bottom-of-the-pyramid ventures or even movements like B-corporations or ‘conscious capitalism’.

These approaches do create certain social value, but this creation is constrained by the pursuit of profit. In sum, creating social value is considered OK as long as it does not harm your bottom line.

So why has a large Japanese pharmaceutical company, Eisai, delivered 2.2 billion tablets of its drug against elephantiasis, a painful and profoundly disfiguring disease threatening 886 million people in 52 countries, to the World Health Organization for free? Why has LSDH, a leading French milk and juice packer, created a little lodge next to its main entrance to provide shelter and showers to outside drivers while they are waiting for long hours for their trucks to be loaded? Why does the FruitGuys, an American fruit-delivery company, agree to buy all of its supplier’s pears, even when they do not reach quality standards, because of an accident in his orchard?